The 2017 Nobel Prize in Economic Sciences delivered a zinger of a paradox. People’s behavior is predictably irrational. The wisdom that springs from it is known as behavioral economics and aims to systematize people’s actual behaviors rather than preconceived, idealized behaviors.

The Irrationality Paradox seems likely to have useful implications beyond economic modeling. That’s why I’m ready to sound the trumpet for a new, interdisciplinary Nobel category called Useful Paradoxes.

Why do paradoxes exist?

The reason is that the fundamental ordering of existence — such that it is characterized by complex, layered embedding of self in systems and systems in selves — means that existence owes its richness of meanings to the arts of hiding context and changing focus.

To the degree that we accept shared meanings, paradoxes disappear. 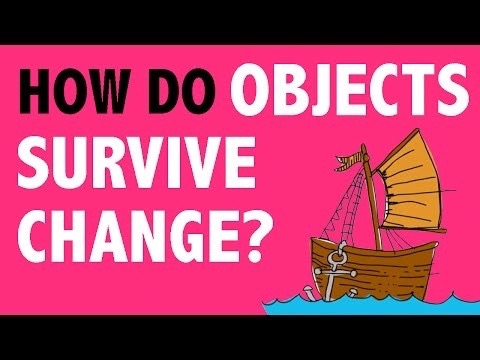 For example, there are five solutions to the Ship of Theseus paradox (according to Khan Academy contributor Dr. Jennifer Wang).

Once you accept one of the five solutions and figure out who else will accept the same solution, you may enter a collaborative effort to find practical applications to actual scenarios — in this case scenarios in which identity and change intersect.

Thanks for reading! Feedback is welcome.

The Prize in Economic Sciences 2017