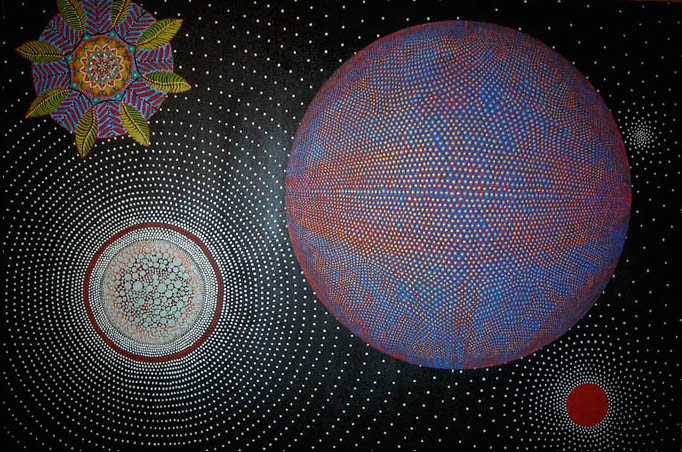 As academics navigate the existential tangle between speculation and experimental fact, the prospect of synergy between complex emergent systems wisdom and useful aspects of physics has never been better.  One way to stimulate a new phase is to look outside of academia. The complementarity and contributions of two underground theories, one cosmological and one metaphysical, are discussed herein, with a focus on conceptual barriers to their comprehensive assessment and adoption.

DISCLAIMER: I am not in any way associated with Chris Langan or the CTMU community and find pause with a variety of their associated ethical positions.

People yearn for something more robust and meaningful than physics’ parade of subatomic predicates. Popularisers of science as well as those concerned with uniting knowledge and spiritual traditions have stepped into the substance vacuum.

The implications for theoretical physics of this kind of complex emergent logical and structural basis are major, including the groundwork for reframing its current interpretive basis to match dynamic, and in ways intrinsically elusive, causative means.

Emerging Story: an Existential Underground that is Complex

Anything that is self-referentially causative without explicit existential context is not falsifiable.  This is the case with anything that is not directly observable, regardless of its origin in relation to institutional inquiry.

...demons commonly evoked in math and physics can be replaced with rational complexity through meaningful and recursive conceptual selectiveness that resonates with dynamic flux-level merging of causation and representation.

Distancing biology from existential inquiry has proven useful yet forgetting that we have done so has unfortunate consequences, straining the dialogue between it and theoretical physics.

In the “conservative” scientific belief that logic is what sets humans apart from lower life forms, or the “progressive” belief that it’s our only hope of saving the planet, much of the hard work of logic is nothing less than incoherence among sources of academic hubris.  When progress or saving us from ourselves supplants the more fundamental understanding that we are part of a cosmic logic much bigger than ourselves, when the projection of well-meaning onto our incomplete but hard-sought logical ways, we find ourselves in the awkward position of defending the indefensible.

Or see the source journal or Academia.edu (profile needed).