The qualities of a spirit and especially its flavors, from obvious to subtle, can be described accurately and richly using language to form structured analogies or metaphors, phenomenological stories if you will. Wine might taste of chocolate or have a note of oak or blackberry. The list goes on. With craft beers, much the same.  The unique combination of distinct flavors, their relationship to the qualities of the spirit in question, and their expression through non-specialized language paint a picture complements of the sense organ that is the tongue.  Those with normal taste function can confirm that the descriptions are true, and extend the structured metaphors into meanings (sensibilities) that they use to then make choices, including which wine to buy and what foods to pair it with. Quite remarkable really.

With this, we witness a multi-sensory, transpersonal manifestation of cognition so complexly rooted in sensory experience, it makes rationally-defined intelligence into so much scene-painting.  Such an elegant and useful capacity for meaningfulness as we find in the language of spirits whimsically pales too the brute force of artificial intelligence and renders technicolor virtual realities into mere shadows (to wit smell enhancement I encountered in one VR experience I've had). 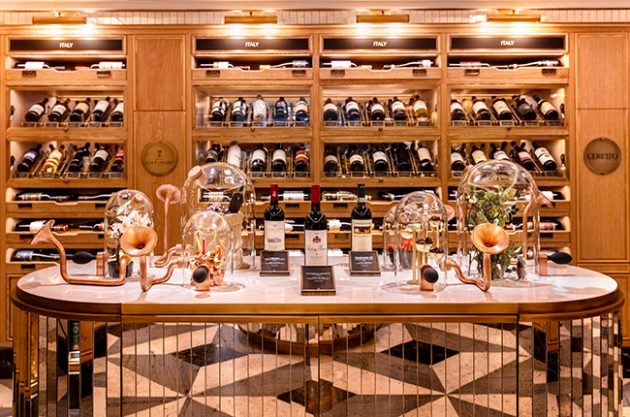 Like the application of spirit-tasting to the logic of meaning-making, reality writ large is the application of language in relational way that is "meaningful" in the sense that it is useful and essentially true.  That's what ONT is, and why it reveals how Big Intelligence is possible.

The irony is intense though.  The capacity for conceptual discernment is essential to understand Big Intelligence in a holistic way (which also makes it anything but meme-able).  Yet I observe again and again that among intellectuals presented with this possibility, the response is more often than not reflexively negative (can you say cringe).  It makes sense though when you recognize that the drive to intellectualism is most often, and somewhat obviously, fueled by a desire to make experience less meaningless.  Before you know it, rational sense-making is confused with meaningfulness.

Assumptions are everything though, and the assumption that less meaningless is the path to meaningfulness may or may not be true. Wine and beer aficionados would say not true -- though after a spirit or two, who cares anyway!  To return to the somewhat dry metaphysical point I'm making, enjoyment of a spirit's unique profile is not contingent on knowing its flavors in advance.  There's a third layer -- specifically, meaning has not yet been determined -- and that makes it possible to distinguish lack of rationally achieved meaning from meaninglessness.

In short, meaninglessness is problematic for rational intelligence because it conflates meaningfulness with meaning-making.

I am currently developing this analogy into a full talk "Expanded communication: beyond rationality and sense-making" for the short course Big Intelligence Primer.