Meanings are experienced like a light beam.  If we're lucky that translates into: clear, bright, and focused.  We might also just strike it rich when it comes to meanings, and recognize The Glyph.  It's the translational perceptual device that acts like a relational prism among all objects both real and imagined.

Shamans, intuitives, and creative people of all types are often plugged in to meanings in these ways.

If you've experienced a greater reality, profoundly true beyond words, beyond the confines of your witnessed universe, you've at least glimpsed the language of existence from the perspective of The Glyph. 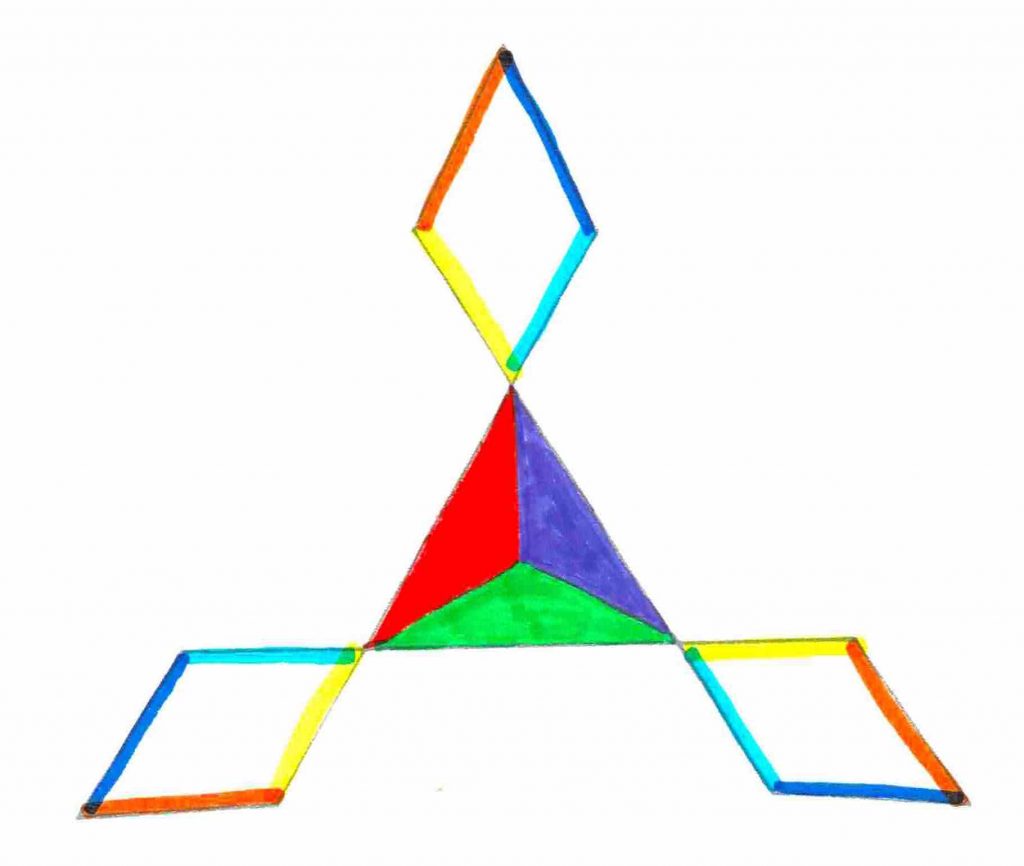 In technical terms: The Glyph is both representation of and carrier of reproducible meta-structure without itself being a structural entity separate from physico-cosmic expression. Biological life perpetuates, in the sense of continual emergence, in accord with DNA's double-helical meta-structure.  Existence does the same in accord with The Glyph.

To gain a sense of how ordinary, individual experience intersects with a language of existence that appears on its surface to be an abstract alphabet of one, consider The Glyph in combination with The Language of Earth-Walking (ebook) or the graphic titled Contemplation of Relational Beingness.

The Glyph can also be stripped of colors to enhance its linguistic uses.  For instance, within the diamond shapes we can notice the original three meta-states: 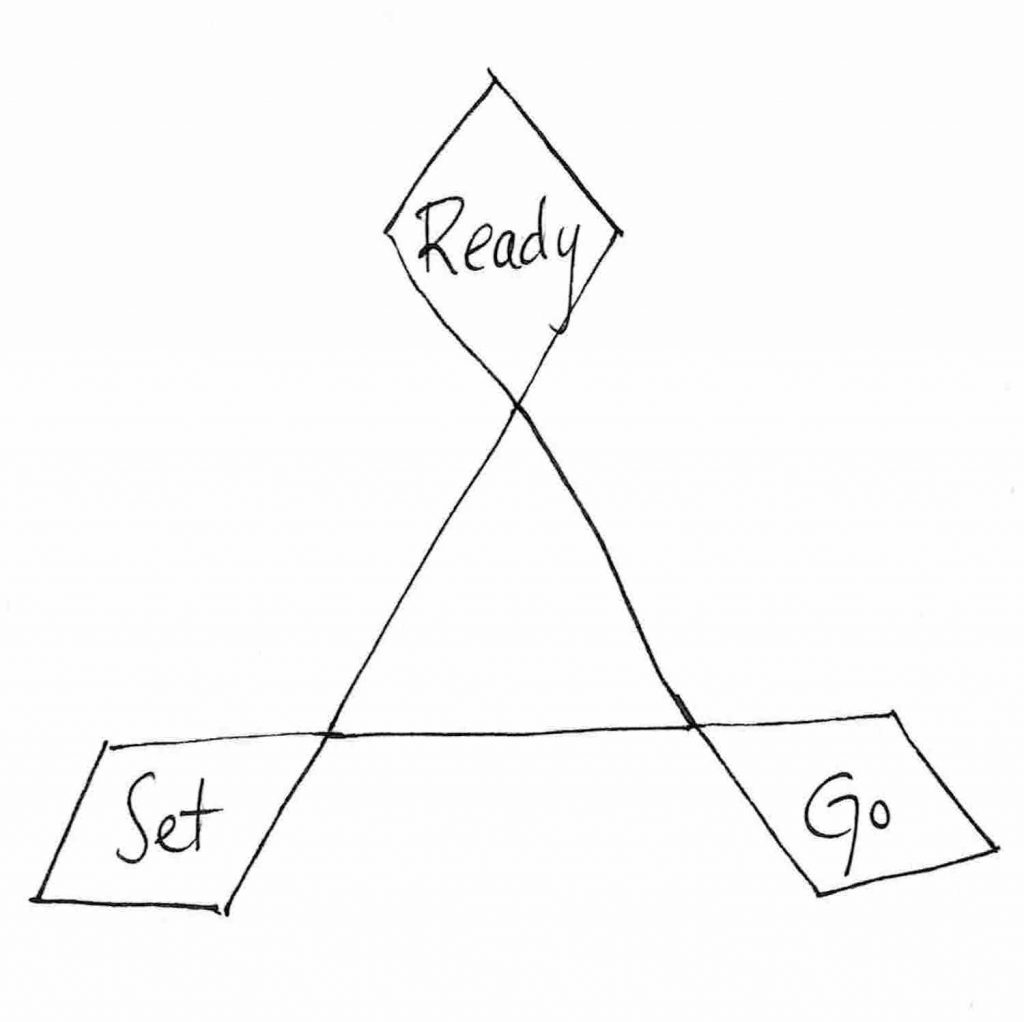 The nodes within the The Glyph (where line segments intersect), and the complexes they make up, indicate how existence is relational, and thus emergent rather than force-based.  Using The Glyph to a layered and organized effect with regard to scale, as can be done using combinations of key states in ONT, demonstrates how the language of existence resonates and is emergent simultaneously at all scales.  For instance, below is The Glyph populated with the 12 states that translate the level of heart, or center, such as of a living Being.  While no separate knowledge of ONT is necessary to contemplate it, a knowledge of it can be useful in deepening one's understanding. 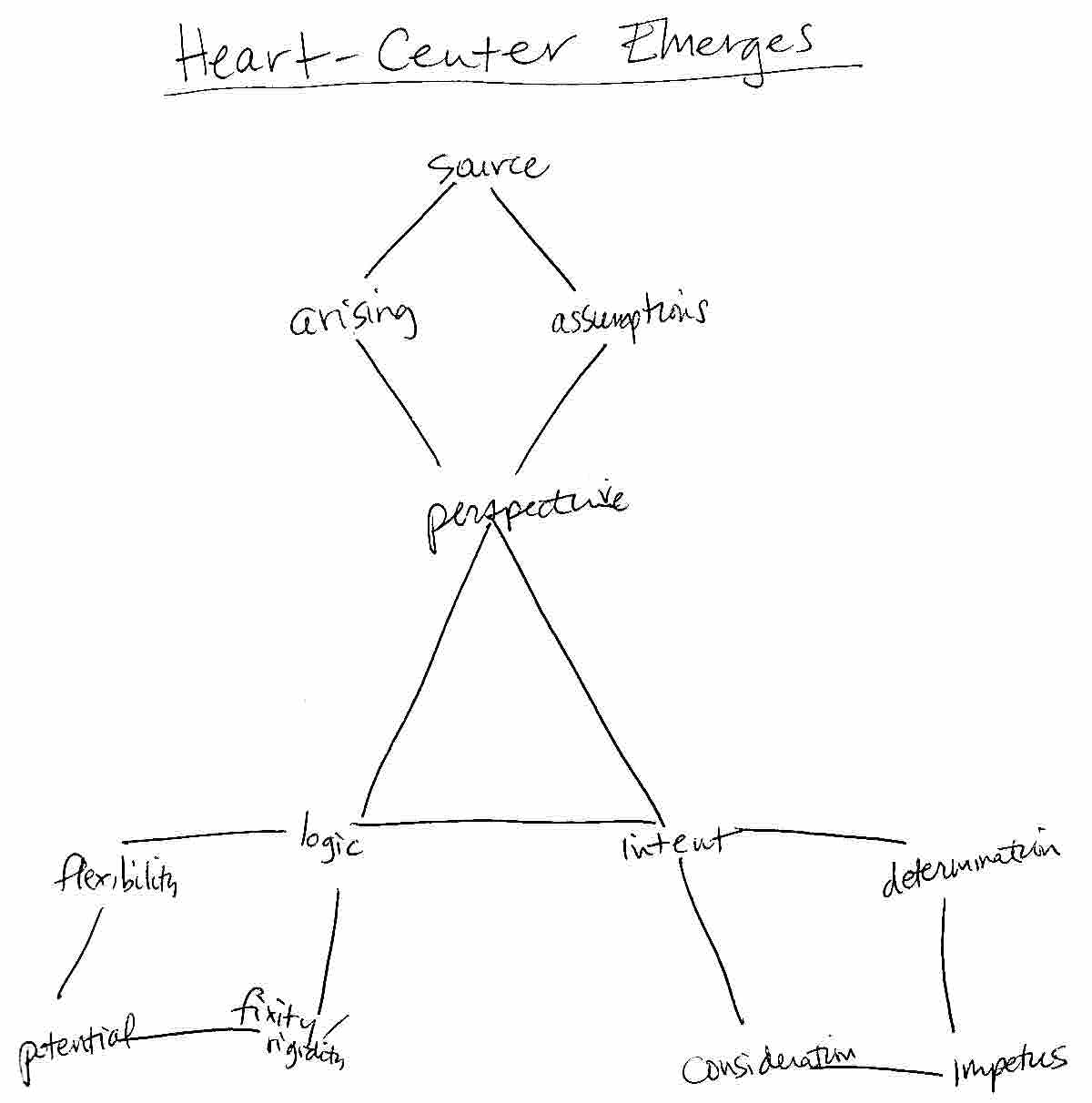